For the first time ever the Tour de Ski, the most important stage in international cross country skiing, takes place on 29 and 30 December in Dobbiaco. As befits this premiere, the organisers are presenting many further innovations. These were presented to the public on Tuesday at a press conference at the “Mila” offices in Bolzano.

For the first time, Chair of the Organising Committee of the World Cup event in Alta Pusteria, Gerti Taschler, will be organising the event. "I have been a member of the organising committee for many years, so taking on this function is a great honour for me. I am delighted to be able to organise the opening of the Tour de Ski in my first year as Chair of the OC," said Taschler, who is already eagerly awaiting the spectacular sprint race on 29 December: “There, all hopes are resting on Federico Pellegrino. He starts the race with the greatest chance of winning.”

All hopes rest on Pellegrino

The Italian sprint star already stood on the top of the podium in Dobbiaco in 2015. Last year he also finished third in the team competition together with Dietmar Nöckler. Nöckler, from Brunico, will again take part in the sprint and the distance race in the Nordic Arena this year. Two more South Tyroleans, Stefan Zelger und Michael Hellweger, also have high hopes for a starting place in the home race.

The Italians and all other world-class athletes will again encounter ideal competition conditions in Dobbiaco this year. “By the end of the year everything will be perfectly prepared.  At present we are still waiting for really cold nights to finish covering the pistes with snow. This should not be a problem in Dobbiaco”, Eugenio Rizzo confirmed with a twinkle in his eyes. He is the member of the Organising Committee responsible for work on the pistes.

Not only the preparations in the Nordic Arena are in full swing, the Dobbiaco community centre is also getting ready for the big event - especially as the village centre will be playing a big part this year. “This is the second major change”, mayor Guido Bocher disclosed. “On 28 December the opening ceremony for the Tour de Ski will take place in the centre. The running-in of the athletes will take place there. In Dobbiaco we have a great cross-country skiing tradition, but this evening will be something extra special, showing that the whole village is behind the event."

Not only the current stars of the scene will participate in the opening ceremony; many former top Italian cross country skiers will also make an appearance. They will all be present at a press conference and autograph session. The award ceremony of the “MiniWorldCup” that will be run by the International Ski Federation FIS during all stages of the Tour de Ski, will also take place at this event. On Friday afternoon, young athletes can show their ability in the Nordic Arena and soak up that World Cup feeling. Another first for Dobbiaco! 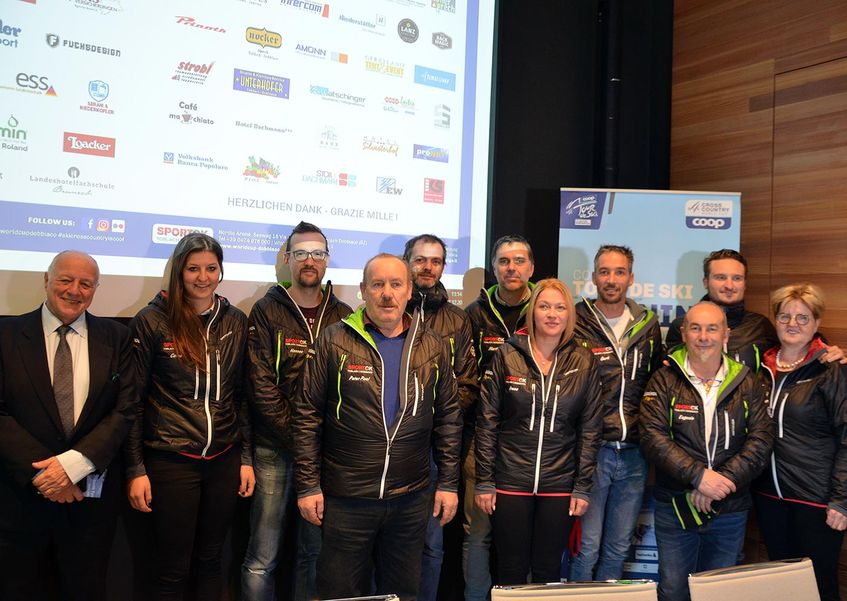