The man from Aosta is the great sprint star of the Italian national team, a fact the 28-year old confirmed powerfully in the previous three competitions in Ruka, Lillehammer and Davis: 9th place, 1st place and 2nd place make this point very clearly. The question is whether he can also succeed in Dobbiaco? In 2015 his victory in the Nordic Arena proved that he can ski on South Tyrolean snow. In 2017 he made third place on the podium in the team sprint together with Dietmar Nöckler. On Saturday Pellegrino will participate in the qualification for the sprint finals wearing start number 19. During the opening ceremony in Dobbiaco village centre Pellegrino confirmed how much he was looking forward to the Tour de Ski: “It is great that it’s now starting. That the first race takes place in Italy adds to the motivation.”

Pellegrino’s strongest competitor, Johannes Høsflot Kläbo, enters the qualifying round with one higher start number. The 22-year old young star is not only the current Olympic sprint champion but also top of the sprint World Cup rankings. With 204 points he is 45 points ahead of the second placed Pellegrino.

The qualification in the women’s sprint will be opened at 12:00 noon by the Russian Anastasia Sedova. Favourite Stina Nilsson from Sweden, who currently leads the sprint ranking list, starts in fourth place. The finals will start at 2:30 pm, the men’s finals begin at 2:57 pm.

Overall athletes from 26 countries take part in the Tour de Ski, more than have ever been in Dobbiaco before. They made their first appearance at the opening ceremony on Friday evening in Dobbiaco village centre, when the award ceremony for the MiniWorldCup took place that had been run in the afternoon in the Nordic Arena. In a brief opening speech chair of the Organising Committee Gerti Taschler stressed the work of the volunteers and added: “The big stage, however, we leave to the others, that is to the athletes.” 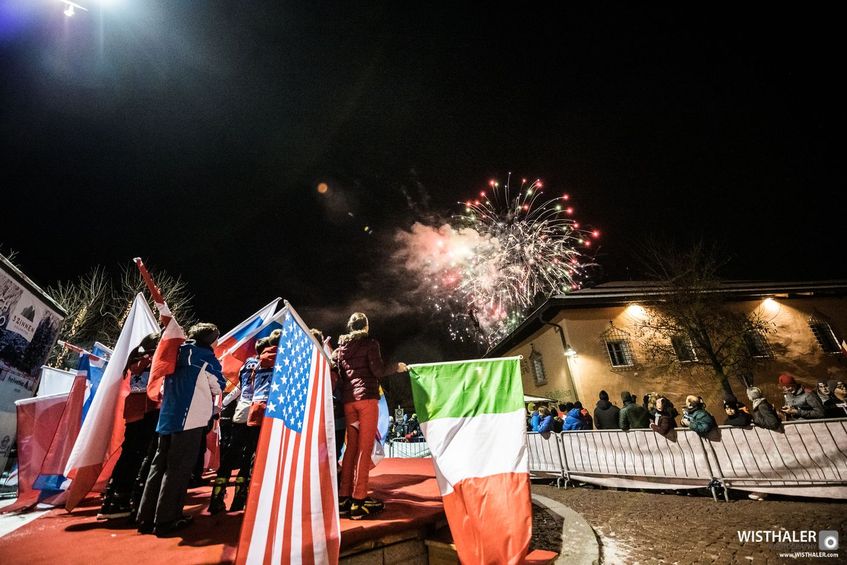