There were no surprises at the end of the sprint competition at the start of the Tour de Ski in the Nordic Arena in Dobbiaco. The men’s race was won by Norwegian young star Johannes Høsflot Klæbo, among the women Stina Nilsson led a double victory for Sweden.

Before a large crowd of spectators the final incline was decisive. There, Klæbo, who started in the Tour de Ski for the first time, raced away from his followers in an impressive manner. Earlier the double Olympic champion from Norway had left the leading position to the Russian Alexander Bolshunov, and to the surprisingly strong French athletes Richard Jouve and Lucas Chanavat. Klæbo’s tactic paid off and in the final sprint the 22-year old had enough reserves to race to victory without being challenged. Second place went to Jouve from France (who ran a personal best). His compatriot Chanavat stood on the podium in third place.

Federico Pellegrino was less forunate. The athlete from Aosta had started the sprint competition in Dobbiaco as one of the top favourites, but had to give up all hopes after the semi-finals, where he missed out by a few hundredths of a second. In the end the 28-year old Olympic Silver medallist in PyeongChang finished in seventh place. With this result Pellegrino is the best Italian after the start of the event in Dobbiaco. Three further local athletes succeeded in making the rankings: Francesco De Fabiani (15th), Enrico Nizzi (20th) and Stefan Zelger (29th).

The top cross country skiing stars Dario Cologna (Switzerland) and Martin Johnsrud Sundby (Norway) had already dropped out in the qualifying round.

Swedish double victory among the women

Among the women Stina Nilsson’s victory was never in doubt. The 25-year old Swedish athlete moved away from her pursuers early in the race and was able to take it a little easy on the final straight. Behind the reigning Olympic champion Ida Ingemarsdotter was the second Swede to stand on the podium. In the final sprint she came in just ahead of American Jessica Diggins, who finished in third place.

None of the Italian sprinters made the semi-finals. The best Italian was Greta Laurent in 22nd place, followed by Elisa Brocard in 25th place.

The competition in the Nordic Arena in Dobbiaco continues on Sunday with the men’s and women’s skating races. They start at 12:45 pm with the women’s 10 km run. The men’s 15-km race begins at 2:45 pm.

Comments on the race:

Stina Nilsson (1st place, women): “The final training sessions had been really good and I travelled to Dobbiaco with a good feeling. I was able to make the most of my good form in the track. I am more than happy with this start, may it continue like this.”

Johannes Høsflot Klæbo (winner, men): “It is a fantastic feeling, to be the first to cross the finish. Today has been a real battle. I already had to work really hard in the quarter finals and also in the semi-finals; it was very tight. Now I have to recover quickly so I can really push again tomorrow.”

Federico Pellegrino (7th place, best Italian): “Because of my continued back pains preparations hadn’t been ideal. Add to that that I met with really strong competitors in the final knock-out phase. In the end I was only a few hundredths of a second short. But I’m not making excuses, the others were simply better today.”

Stefan Zelger (29th place, best South Tyrolean): “My tactics in the quarter finals didn’t really pay off, but I am very happy with the result. I have shown that I can keep up in the sprint. I’m in good form.”

The results of the sprint finals in Dobbiaco: 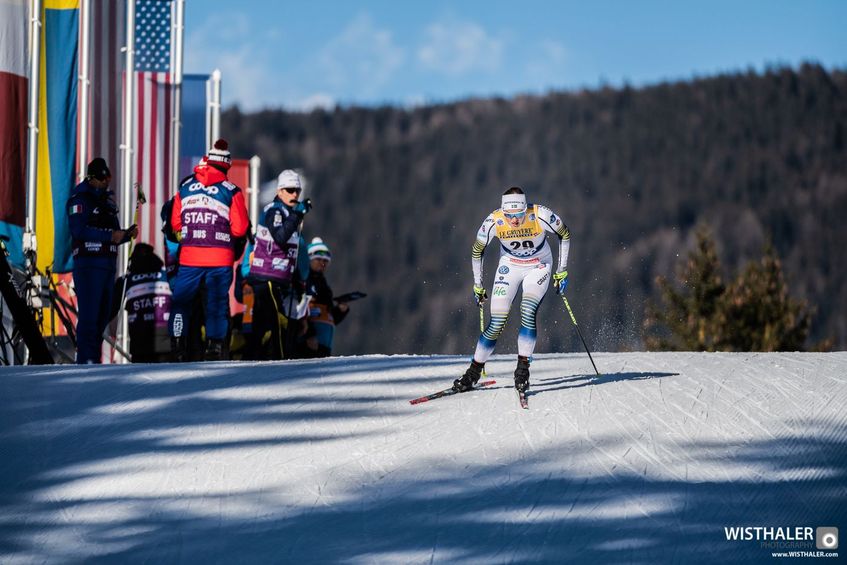