On Sunday afternoon the first opening of the Tour de Ski in Dobbiaco concluded with the skating distance races. 23-year old Natalia Nepryaeva, who had barely been noted before, made a grand appearance on the scene. Her fellow Russian Sergey Ustiugov dominated the men’s race.

The double World champion was in a class of his own in the 15 km race. Ustiugov had a sluggish start but then literally outdid himself and achieved a time of 30.34,1 minutes, leaving all his competitors gritting their teeth. Right from the start there was never any doubt about the second Tour victory in Dobbiaco for the 26-year old from Siberia, who was double World champion in Lahti in 2017. Already two years ago he occupied the top podium place in Alta Pusteria.

At the end Ustiugov was 12.2 seconds faster than Skiathlon Olympic champion Simen Helgstad Krüger. With a strong finish the Norwegian raced his way to second place. Third place also went to Russia: The day before his 22nd birthday exceptional talent Alexander Bolshunov gave himself his biggest birthday present.

The closing distance race was a disappointment for the host nation. Italian’s top athlete, Francesco De Fabiani from Aosta, finished the best Italian, in 18th place.  The two South Tyrolean local athletes Dietmar Nöckler and Stefan Zelger had to contend with 52th and 81st place respectively.

A first winner steals the show

Among the women the big favourites had not counted on the two 23-year old Russians Natalia Nepryaeva and Anastasia Sedova. Nepryaeva had a fantastic start, continued to improve and completed each section with a best time. She finally passed the finish line after 23.19,6 minutes, just three hundredths of a second faster than the Norwegian top favourite and second in the overall World Cup, Ingvild Flugstad Østberg, who had to contend with second place.

In the finish area of the Nordic Arena Nepryaeva celebrated her first ever World Cup win. Before that she only ever stood on the podium once, last March after the distance race in Lahti. Nepryaeva’s fellow Russian, 23-year old Anastasia Sedova, achieved her first World Cup ranking in the top three today. She finished third, just eleven seconds behind second place, leaving behind other top athletes like Krista Parmakoski from Finland, Heidi Wenig from Norway and Jessica Wiggins from the United States.

Caterina Ganz was the only Italian to gain points. The 23-year old from Moena came in in 27th place, all other Italians came in far behind in the ranking.

The Tour de Ski is now leaving Dobbiaco and moves to Val Müstair (Switzerland), where Nepryaeva and Bolshunov will enter the third competition, the skating sprint on Tuesday as World Cup leaders.

Natalia Nepryaeva (1st place, women): “I am very happy. Today was my first victory; this is a true milestone in my career. I hope it won’t be the last time that I will be climbing on the winner’s podium. Will I be competing for the final Tour de Ski victory? I hope so! I have prepared very well and I’m now enjoying the result.”

Sergey Ustiugov (1st place, men): “I am delighted that I won. Yesterday in the sprint it really didn’t go very well, and so it’s all the nicer now to be standing on the top of the podium. This is real redemption. This cross country ski track really suits me, I’ve already had good results here in the past. I love skiing in Dobbiaco.”

The top ten in the distance race in Dobbiaco: 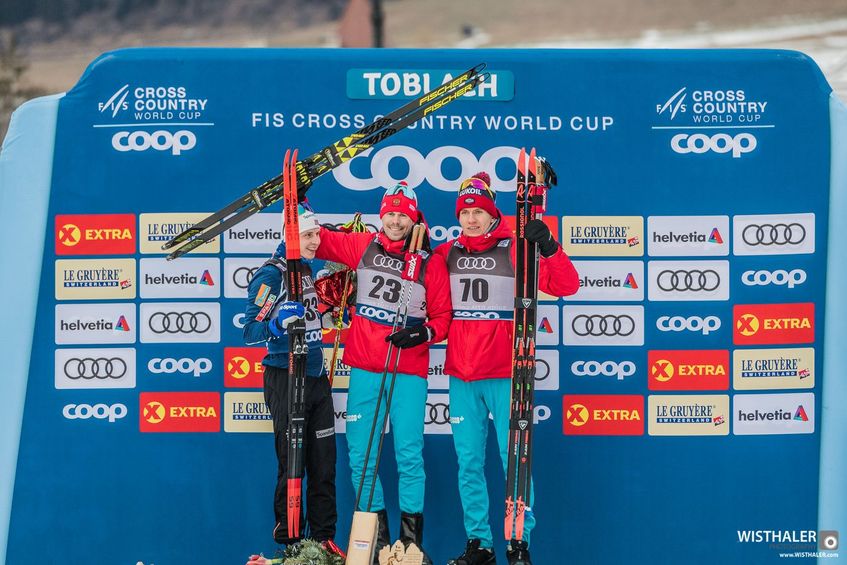 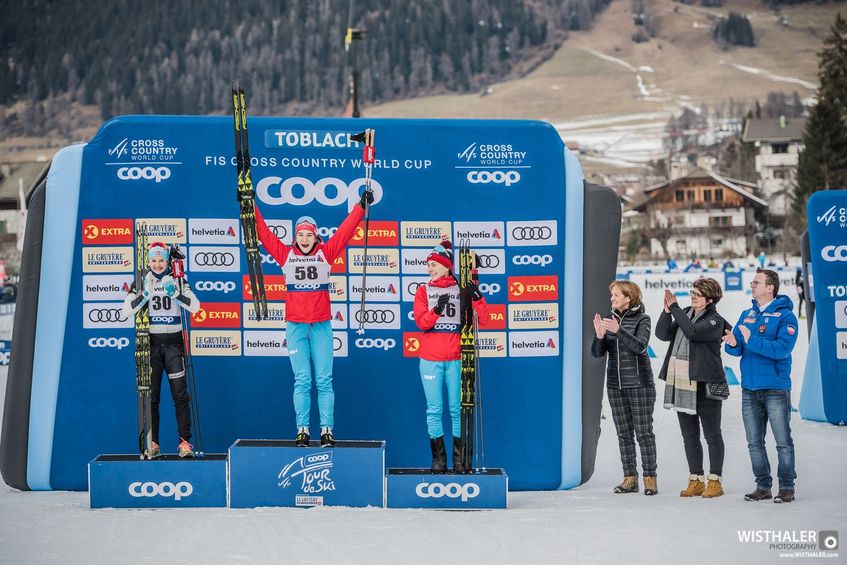