After the three days Tour de Ski in Val Mustair (CH), the two Southtyrolean stages are due to launch. In the forthcoming two days (Tuesday and Wednesday) as well the Individual Freestyle as the Pursuit Classic Style on 10 and 15km distance are going to hold a competition in the Nordic Arena. Despite the unusual course of events because of the Covid-regulation, the enthusiasm for the 15th edition of the Tour de Ski doesn´t seem to diminish.

The first three stages of the men´s Tour de Ski are dominated by the Russian Alexander Bolshunov, who aims at a repetition of his previous success last year on the Cermis. With his second place in the starting stage, two victories over the mass start and over the pursuit, he put a significant time lag between himself and his pursuers.

With 53 seconds gap countryman Arten Maltsev and Frenchman Maurice Magnificat with a gap of 1:07 minutes, are going to fight against “Sasha” Bolshunov´s predominance. Among the Italians, Federico Pellegrino, who as well won the Sprint in Val Mustair as could prove himself in the further Distance-races, currently is in 8th place. The pursuers of the race to catch up are Francesco De Fabiani (+2:54), Giandomenico Salvadori (+4:06), Paolo Ventura (+4:09), Mirco Bertolina (+4:49) and Davide Graz (+5:52).

Among the women whereas, three athletes are within 10 seconds and fight for the overall Tour ranking. On the last of the three Swiss competition days, the American Jessica Diggins could drop off her countrywoman Rosie Brennan and the Swedish woman Frida Karlsson in each case with 5 and 10 seconds. No chance for the winner of the first two stages Lin Svahn, who during the pursuit lost a lot of time and therefore probably missed the opportunity to lead the final overall tour ranking. Among the Italian women Anna Comarella finally and despite the initial difficulties caught up the 20th place. Race to catch up also for Francesca Franchi, who actually is on the 26th place of the overall ranking, while Lucia Scardoni, Martina Di Centa, Ilaria Debertolis and Elisa Brochard are in a more significant gap.

Gerti Taschler, the president of SportOk Dobbiaco expresses his satisfaction with the following statement: “Despite the difficulties caused by Covid, we are happy to be able to organize the Tour de Ski. Athletes as well as trainers like to come to Dobbiaco, because here they feel like home and the racing tracks are in top condition.” 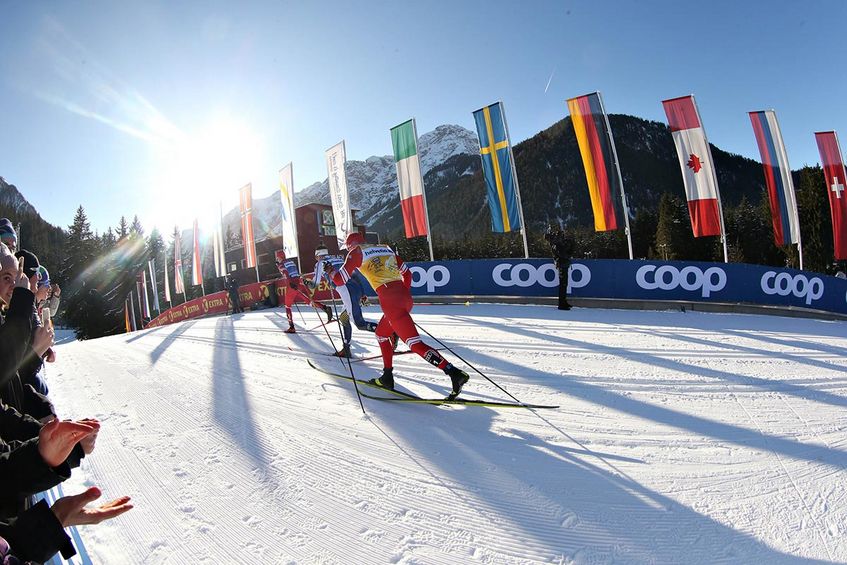